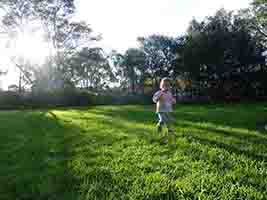 We all know vitamin D as the sunshine vitamin, and that it is important for bone and muscle development and helps prevent osteoporosis. However, it turns out vitamin D does more than you think! It has multiple functions beyond its widely recognized role in regulating calcium levels and bone metabolism.

Vitamin D receptors are found in more than 30 cell types and the research focus recently has shifted from bone health to vitamin D’s effect on cancer, cardiovascular health and weight loss, among other health issues.  Latest studies reveal the close link between adequate vitamin D levels and chronic pain.

To test their theory that a vitamin D deficiency contributed to pain and fatigue,  researchers gave the three groups 3 intramuscular injections of cholecalciferol every four weeks. After treatment, patients in all three groups reported lower levels of fatigue and pain.

In another study, researchers found that vitamin D supplementation, along with weight loss, has a greater effect on reducing chronic inflammation than weight loss alone. Chronic inflammation is known to contribute to the development and progression of several diseases, including some cancers.

Lead author Dr Catherine Duggan. from the Fred Hutchininson Cancer Research Centre in the US, said: "We know from our previous studies that by losing weight, people can reduce their overall levels of inflammation, and there is some evidence suggesting that taking vitamin D supplements can have a similar effect if one has insufficient levels of the nutrient."

This time, they looked at more than 200 overweight, postmenopausal women who had insufficient levels of vitamin D. The women then took part in a 12-month diet and exercise program (including 45 minutes of moderate-to-vigorous exercise five days a week). Half of the study participants were randomly selected to receive 2,000 IU of vitamin D daily for the duration of the year-long trial, and the other half received an identical-appearing placebo.

Vitamin D: How to get enough naturally

Vitamin D is found in small amounts in foods like fish, eggs and mushrooms. During summer time, you need just 5 minutes - 15 if you have dark or olive skin tones - of sun exposure to your face, arms and hands (or equivalent) to get your dose of vitamin D. Over winter, you need 2 to 3 hours of sun exposure for those with fair skin and triple that for those with darker complexions.