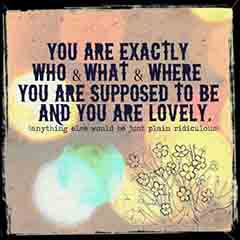 It is well known that an unhappy childhood can lead to an unhappy adulthood and mental health issues in later life. What's becoming clear to researchers now is that chronic stress and anxiety during childhood can trigger dramatic changes in the body, which contribute to our risk of developing diseases like diabetes, heart disease, cancer and stroke, reported the BBC Radio 4.

Chronic stress in childhood is also associated with a shortened life span,  through its impact on the developing brain and the immune system. Health-harming behaviours like smoking, drinking alcohol and drug use, are also more common among those who have endured traumatic experiences in childhood.

​However, while we can't change the past, we can change our response to it.

Mindfulness therapy works as well as some anti-depressant drugs with no harmful side effects, according to The Independent.  People suffering from depression who received mindfulness-based cognitive therapy (MBCT)  were 31 per cent less likely to suffer a relapse during the next 60 weeks, the researchers reported in a paper in the journal JAMA Psychiatry.

Professor Willem Kuyken, the lead author of the paper, said: “This new evidence for mindfulness-based cognitive therapy … is very heartening. While MBCT is not a panacea, it does clearly offer those with a substantial history of depression a new approach to learning skills to stay well in the long-term."

“It’s a sort of mental training. It’s about training the mind so people can see negative thoughts, negative feelings, the early signs of a depressive relapse, and learn the skills to respond to those in a way that makes them more resilient.”

But Professor Kuyken, an Oxford University clinical psychologist and director of the Oxford Mindfulness Centre, also stressed that different people required different treatments and mindfulness should be viewed as one option alongside drugs and other forms of therapy.