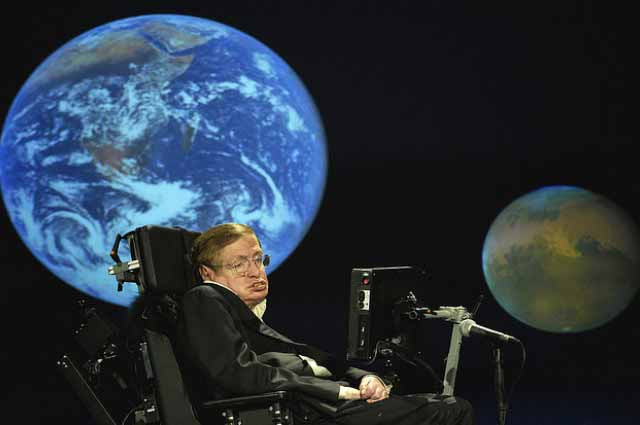 World-renowned scientist Stephen Hawking is known for providing us with complex yet invaluable insights into space, time, and the nitty-gritty of theoretical physics. However, in a recent talk, the iconic physicist gave a poignant message to people suffering from depression, making a poetic comparison between depression and a black hole.

Prof Hawking said: “The message of this lecture is that black holes ain't as black as they are painted. They are not the eternal prisons they were once thought.

“Things can get out of a black hole both on the outside and possibly to another universe. So if you feel you are in a black hole, don't give up – there's a way out.”

He gave the speech in front of a crowd of over 400 people on January 7 this year, as part of the Reith lecture at the Royal Institute in London. Prof Hawking, who turned 74 the day after the lecture, has lived with motor neuron disease for almost 53 years – despite being told he had just two years to live when diagnosed in 1963.

Speaking to the same audience, his daughter Lucy noted Hawking’s incredible mental fitness – both intellectually and emotionally. She said: “He has a very enviable wish to keep going and the ability to summon all his reserves, all his energy, all his mental focus and press them all into that goal of keeping going.

“But not just to keep going for the purposes of survival but to transcend this by producing extraordinary work – writing books, giving lectures, inspiring other people with neurodegenerative and other disabilities.”