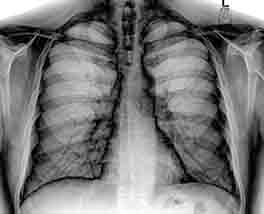 Cancer is overwhelmingly a result of environmental factors and not largely down to bad luck.

The new study, in the journal Nature, used four approaches to conclude only 10-30% of cancers were down to the way the body naturally functions or "luck", reported BBC News.

What we know is that cancer is caused by one of the body's own stem cells going rogue and dividing out of control. This can be due to intrinsic factors that are part of the innate way the body operates, such as the risk of mutations occurring every time a cell divides, or extrinsic factors such as smoking, UV radiation and others that have not been identified. We all know somebody's father or uncle who smoked his whole life and died at 97 of natural causes, as well as someone young, never smoked and had terminal lung cancer.

Scientists have tried to explain why some tissues were millions of times more vulnerable to developing cancer than others. Their explanation came down to the number of times a cell divides, which is out of our control and gave rise to the 'bad luck' hypothesis.

Dr Yusuf Hannun, the director of Stony Brook, told BBC News: "External factors play a big role, and people cannot hide behind bad luck.  They can't smoke and say it's bad luck if they have cancer.

"It is like a revolver, intrinsic risk is one bullet. And if playing Russian roulette, then maybe one in six will get cancer - that's the intrinsic bad luck.

"Now, what a smoker does is add two or three more bullets to that revolver. And now, they pull the trigger. There is still an element of luck as not every smoker gets cancer, but they have stacked the odds against them."
​
Dr Emma Smith, from Cancer Research UK, said: "While healthy habits like not smoking, keeping a healthy weight, eating a healthy diet and cutting back on alcohol are not a guarantee against cancer, they do dramatically reduce the risk of developing the disease."