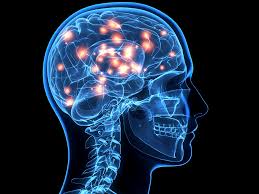 There's nothing like a good night's sleep. Now, scientists have uncovered why this may be the case. It turns out that the brain “washes itself” with increased cerebrospinal fluid (CSF) when we are at rest.

This newly-discovered role, brain flushing, is how the brain gets rid of unwanted toxins and byproducts is called the glymphatic system. In fact, to help with this daily “flush”, the brain cells shrink, increasing the space between cells by 60 per cent in volume. This allows the CSF to flow up to 20 times faster during the cleaning cycle.

However, scientists aren't quite sure why this only happens during sleep and not all the time. One possible reason is that it is quite energy intensive, so the brain needs to be less active while it's getting cleaned. "You can think of it like having a house party," says Maiken Nedergaard, the study's lead author. "You can either entertain the guests or clean up the house, but you can't do both at once."

This may be why cranial osteopathic treatments are so relaxing! We often have patients tell us, “I think I fell asleep for a moment just now.”

When treating the head, osteopaths check for symmetry, congestion and whether there is good movement and flow through all the structures in the head and neck. Cranial osteopathic techniques are especially effective for the treatment of fatigue, headaches, jaw problems as well as to restore a sense of well-being. We also look to restore the relationship between the brain and CSF, as the brain should naturally feel buoyant, like a cork on the ocean and not like a rock on the seabed!