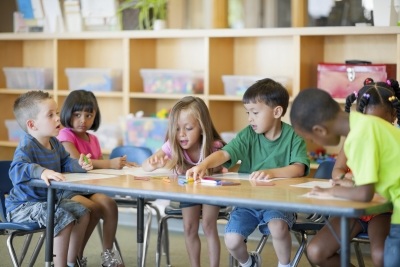 It seems there is a link between ADHD and fetal alcohol as well as early school entry.

Most parents and teachers believe that children and teenagers who are able to stay focused, sit still, and pay attention longer, are likely to do much better in school.

A recent Danish study found that delaying kindergarten enrollment for one year dramatically reduces hyperactivity and inattention when they are 7. Attention Deficit Hyperactivity Disorder (ADHD) has been on the rise and affects more boys than girls.  Sufferers have a lower level of self-regulation and ability to control impulses and adjust his or her behavior in attaining goals.

The study, The Gift of Time?  School Starting Age and Mental Health, was written by Professor Thomas S. Dee and Hans Henrik Sievertsen of the Danish National Center for Social Research,

Professor Dee said: "We found that delaying kindergarten for one year reduced inattention and hyperactivity by 73 percent for an average child at age 11, and it virtually eliminated the probability that an average child at that age would have an ‘abnormal,’ or higher-than-normal rating for the inattentive-hyperactive behavioral measure."

In Australia, children start their school life at either 5 or 6.  Children in Denmark are enrolled in kindergarten the calendar year that they turn 6, which means that those born on December 31 have started kindergarten earlier that year and will be the "babies" of the year, while those who celebrate their birthdays in January will be the oldest in their batch .

The study’s findings also align with other research that has shown an extended period of early childhood play – such as in preschools – yields mental health developmental gains. Both girls and boys benefited equally from delayed kindergarten entry.

In a separate piece of news, 4 Corners looked at 3 young Australians affected by Foetal Alcohol Spectrum Disorder. This is caused by the mother drinking during pregnancy, and the  children experience a devastating range of problems, from lifelong behavioural issues to learning difficulties.

Specialists currently diagnosing and tackling the disorder warn that some children diagnosed with ADHD are actually suffering the effects of foetal alcohol exposure.  More than half a million Australians could be affected and there is no known safe threshold of alcohol consumption during pregnancy.

"We regard foetal alcohol spectrum disorder as being the driver for ADHD." - Paediatrician on 4 Corners